Enter Your Email Below

For the better part of my career in sales my job was to get an individual to part with money they did not have …to go to an event/or course they knew almost nothing about. To make it more interesting, they often had no idea they were even about to be pitched, as I was brought in as a “motivational speaker.”

If they did know, well, I was usually selling sales people, so they knew all the tricks and worn out sales platitudes like the Roger Banister story, and cheesy crap 95% of the coaches in our industry spew out as premium content like “when folks pay they pay attention(yawn), or you need to invest in yourself if you expect others to invest in you (nice try). I was also asking them to commit at least 4 days of their life to this end, and on top of that I usually had only about 45 minutes to get this individual (or an entire company) to make this decision then and there on the spot. 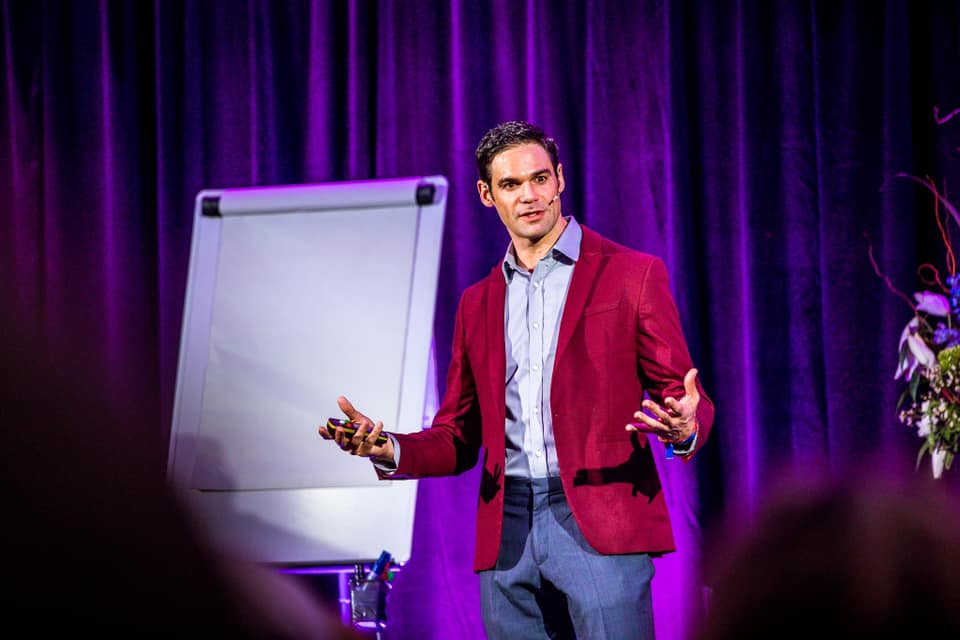 Now there is a lot to be said on understanding group psychology, borrowed authority, sub-communication, story telling and values elicitation but we will save that for another post. For now, I want you to really “get” one of the greatest distinctions of my selling career that changed EVERYTHING FOR ME.

You see Tony required us to take a DISC assessment (I believe you can still get this for free on his site- do some research, find it, do it, its worth it). It’s a great way to differentiate buyer personalities. If you aren’t familiar here is a breakdown from the company site:

People with D personalities tend to be confident and place an emphasis on accomplishing bottom-line results.

People with i personalities tend to be more open and place an emphasis on relationships and influencing or persuading others.

People with S personalities tend to be dependable and place the emphasis on cooperation and sincerity.

People with C personalities tend to place the emphasis on quality, accuracy, expertise, and competency.

Now there is an 80/20 to everything and I realize there are always “exceptions to the rule” however when working with large numbers of people, I want to respect the law of averages. I know at least one of you here will say, “yeah but”… Just bear with me…

I realized early on….The “D and I” people were way easier to sell. These usually were the leaders, they were decisive, they were social, they usually (not always) were more more aggressive and successful. While the S and C folks were more process oriented.

The buying strategy for S’s and C’s (we all have one btw) was more methodical, more complex, there were more steps and one of the criteria for how they made these decisions was more time. This was super duper annoying being that I had less than an hour.

So here is what I realized. I could focus my talk on just the D’s and I’s. And If I did, I’d get those fast sales. Then with my extra time, I could just go find more D’s and I’s. In the time it would take me to follow up with all the S’s and C’s, I could talk to 3 times as many D’s and I’s.

So I geared my talk toward these people and my sales went up… And I was happy about that…until I wasn’t. I wanted those S’s and C’s too.

Fortunately I had a mentor who would challenge me and drive me crazy with possibility.

I’d see Tony Create some magic and begin to wonder,…Could Tony have gotten that sale? The answer was usually yes. (Not always though. Not in those time constraints at least.)

So a couple things happened from here.

I realized people buy States, and Identities. If you want to influence someone you need to understand what already influences them. What are the states they value most and how can we link those states to our product service or Idea? If they truly have that association, they will act.

When we buy something there are a series of evaluations we make inside of our own minds. I began to interview some of the most difficult prospects I could find asking questions like:

How do you know something is a good deal?

What makes you buy?

What was the last purchase you made? How did you know it was for you?

What is a bad deal?

I knew then that I just had to trigger those emotions and pace that experience for the prospect inside of my presentation.

However, there was another level I figured out. Without a doubt the D and I folks still were easier to work with and sell.

So I changed the entire frame of my presentation years ago. I’ve taught this to thousands of folks since and while it is slightly advanced you will begin to notice where the industry has modeled what I’ve been doing since 2010ish.

You see, I still wanted to get the S and C’s to act more like D’s and I’s. (Really more like D’s mostly.) So because of that, I changed the whole frame of the presentation. I made the whole thing about Decisions.

I would ask the audience or individual about great decisions they’ve made, about how they made those decisions etc. (btw, I’m doing this to create a Positive association to decision making.) I would also ask these sales folks questions like the following to create pain associated to NOT making decisions.

“Hey, when you call a company, you ask for the what? The what maker?” The audience would always say, “Decision Maker”.

So what you are telling me is this…Anyone in business who is not a decision maker is not worth talking to???

Would you ever call a company and say, “Please connect me to the person who cannot make a decision?” No that would be stupid. So write this down.

Anyone in business who cannot make a decision is useless. What are they? USELESS. (I’d literally have them say it out loud and write it down.)

As Tony says, “It’s in your moments of Decision that your Destiny is shaped.”(or I’d use some data, facts, figures to support my statement for the logical folks.)

Today is all about making better decisions in business and life so we can get ahead of all the folks who have the same process of decision making as everyone else, and expect different results. Insane people. Today is all about doing what It takes to move faster ahead of the masses.
👇👇👇

So here is the point. If you are getting a lot of objections from your target market…. You need to change the frame of your communication completely.

The focus of the call should have presuppositions in it that make the objections irrelevant. The frame of my calls gets the majority of the folks I would communicate with to Buy IN to the fact that Successful people are DECISION MAKERS.

You must get them to buy into a frame that makes the objections they have irrelevant.

Yes this is manipulative. But if done well they will thank you for it.

Also, and here is the last part.

The LAW OF RAPPORT IS THIS….

Milton Erickson got such phenomenal results with his patients because he created so much unconscious rapport with his clients. They often changed just because he wanted them to. They didn’t want to let him down. So…

I really thought deeply about people’s perceptions of me. I got clear on how I needed to be perceived and what emotions my prospects would need to feel with regards to me. I knew that if they saw me as some motivational speaker there to sell them something, I was in for a real challenge.

So I had to shift their frame immediately. (Often with a story in the moment – or something I would do to create an instant connection) I knew I needed to be authentic, which to me meant walking my talk.

A big part of the reason I hated it when folks took a long time to make decisions to buy is because that’s the same dumb shit I was doing in my own life. I was super indecisive. Waffling back in forth in my head about everything. Always doubting my own decisions. Not being the leader. 2nd guessing myself always.

Then here I was asking others to do the thing I didn’t want to do myself.

I didn’t like it when others stalled, but deep down I could justify it because I was doing it. I knew that I had some mixed associations myself around making decisions. That inner conflict had to be cleared If I was be that leader for others.

I hadn’t taken the time to make the big decisions…About what I wanted my life to look like, who I wanted to ultimately be, what I chose to stand for and against, what I was committed to,…What was the Hill I would Die on, etc.

The more time I spend with those decisions, the easier it is for me to make the smaller ones and to help others do the same.

Remember, we are always selling states. Heaven if you do, Hell if you Don’t. In between those 2 ends are all the little conflicts of back and forth thoughts that rob us of life.

You want to stack the scales in your favor with regards to who your prospects want to be, not just what they want to do.

We can label the prospect and create and Identity for them to live into.

When you do this well. Everything will change for you.

Want to talk to the GSD on how you can scale your business predictably? 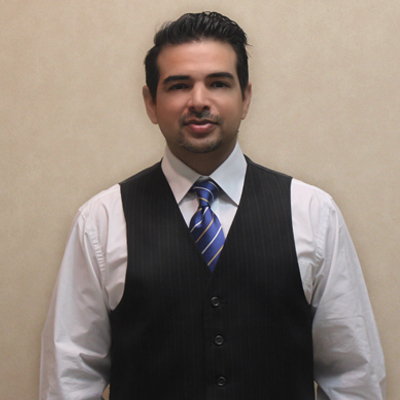 Author: Rahul Alim
Custom Creatives was established to serve as your full-service one-stop Digital Marketing Company, offering graphic design, web design and web development agency, catering to businesses of all sizes. Custom Creatives has designed and deployed over 100,000 banner ads, as well as thousands of websites and landing pages and print collateral for small businesses and large international corporations. Providing exceptional quality services and products with a high return on investment is at the heart of everything we do.

DOUBLE or TRIPLE your LEADS With a FREE AUDIT!

Get your website's SEO strength evaluated and start getting more customers online.